Housing: A Round-Up from Scotland 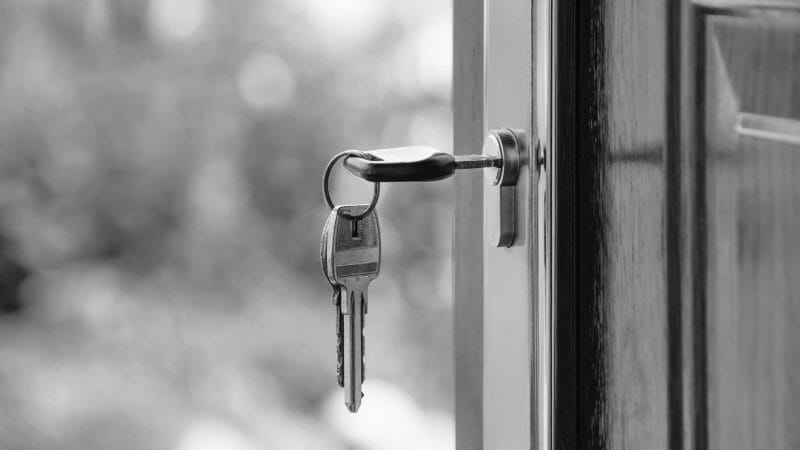 Morton Dunlop has the latest on ongoing inquiries and policies impacting the housing portfolio.

One of the key priorities identified in the Programme for Government 2019-20 was a commitment to end Scotland’s contribution to climate change, a goal with implications for all sectors including housing. This included the development of regulations ensuring that new homes from 2024 must use renewable or low carbon heat and was followed by the consideration of proposals to forgo planning permission requirements for developments which help address climate change, with Housing Minister, Kevin Stewart, describing planning as having a “key role” in “radically reducing our emissions”. Subsequently, 11 social landlords are to receive £3m in the second round of the Decarbonisation Fund for the installation of technology such as underfloor heating ,ground source heat pumps and solar panels to improve energy efficiency in homes. An update on the progress made towards achieving 11% of non-electrical heat demand from renewable sources by 2020 highlighted that work still needs to be done in this area, finding that in 2018 6.3% of demand was met from renewable sources. The update noted that in order to meet the target, there needs to be a reduction in the need for heat through increasing energy efficiency of buildings, using low carbon and renewable heat, and furthering the development of district heating and the use of unused excess heat through heat recovery.

The Programme for Government also outlined an increased emphasis on tackling homelessness. Such measures included the establishment of the Homelessness Prevention Fund. The £1.5m investment would provide low-income families access to financial advice, employment support and, in emergencies, can be paid directly to families. To tackle the causes of the issue as well as its outcomes, legislation was announced pledging that anyone experiencing homelessness would spend no longer than a week in unsuitable temporary accommodation (UTA) such as B&Bs and hostels. Crisis’ ‘A Life in Limbo’ campaign and research found seven out of ten people living in UTA left before permanent settled accommodation had been found. The study learned much of the accommodation provided lacked basic facilities and, with many staying in such accommodation for up to a year, issues including isolation, depression and mental health problems often emerged.

This legislation was supplemented further with the announcement of new standards for the quality of temporary accommodation by the Scottish Government, stipulating that local authorities would need to provide safe, warm and high quality accommodation while a permanent home is found. The changes form part of a wider update to the Homeless Code of Guidance intended to help local authorities in their duties to assist people who are at risk of or are experiencing homelessness. The string of measures came after the publication of annual statistics on homelessness which shown homeless applications had increased 3% since 2017-18 and of sustained criticism from Shelter on the provision of temporary accommodation by local councils, which culminated in the launch of legal action against Glasgow City Council over “systemic failures within the city’s homelessness services”.

Linked to homelessness is the supply and availability of housing, and to that the Scottish Government’s target of building 50,000 affordable houses, including 35,000 social homes, by the end of the current parliamentary term. Findings in September illustrated the supply of new housing in Scotland had increased by 15% between 2017-18 and 2018-19, which marked the highest annual figure since 2008-09 and the sixth consecutive increase in housing supply, though this remains 19% below the level seen in 2007-08. Annual Housing statistics found private-led new builds increased by 21%, in addition to an increase in housing association new builds by 33%, while Affordable Housing Supply Programme activity increased by 12%. However, Quarterly Housing statistics highlighted a decrease in affordable housing approvals by 9%, a decrease in affordable rent approvals by 55% and affordable home ownership approvals by 25% up to the end of June 2019 compared to last year, albeit social rent approvals increased by 14%. While welcoming the overall growth experienced in the sector, Kevin Stewart said he was “deeply concerned” the progress made could be undermined by Brexit, as private housebuilders were “particularly vulnerable” to its implications. At Communities & Local Government Portfolio Questions, Michelle Ballantyne picked up on an apparent change in terminology in the target to “deliver” the 50,000 affordable homes target, as opposed to “build”. Kevin Stewart was evasive in his response, potentially indicating the Government is willing to keep its options open in how it meets its pledge.

While the uncertainty created by Brexit has curtailed investment in many areas, another potential reason for the apparent disparity between housing completions and approvals may be found in the meeting by the Local Government & Communities Committee meeting on Budget Scrutiny on Wednesday 9 October, in which stakeholders discussed the issue of long-term funding in relation to the next phase of housebuilding at length. The panel stressed the need for clarity in relation to the next phase of housebuilding. They argued if it was not provided the certainty which spurred activity in the first phase would be lost and underlined the importance of housing as a form of preventative spend. Callum Chomczuk, National Director, Chartered Institute of Housing Scotland, said that while the Government’s ambition of 50,000 affordable remained “broadly on track”, work scaling up to the next phase should begin soon and if funding was not clarified local government might begin “winding down” investment.

Another issue with significant impacts on the housing sector which has gained prominence recently is that of short-term lets after independent analysis found broad support for their regulation. The research, commissioned by the Scottish Government, found a three-fold increase in the number of Scottish properties let for short-term use since 2016. A consultation received over 1,000 responses from communities, landlords and businesses who raised concerns of its impacts on the housing market reducing access and driving rents and property prices up, while hosts cited its beneficial impacts on tourism and to local businesses. Short-term lets, despite accounting only for 1.2% of all properties in Scotland, were found to make up disproportionately large numbers in some areas, such as in Edinburgh’s Old Town area, with 812 Airbnb listings per square kilometre, and on the island of Skye, where these properties account for 18.6% of all homes.

Proposals by Andy Wightman for a requirement for planning permission to be sought for those wanting to convert their whole home into a short-term let had been considered in the Planning (Scotland) Bill but were ultimately stripped back in an amendment limiting the rule to specially designated ‘short-term let control areas’. The publication of the consultation saw the issue remerge at First Minister’s Questions on Thursday 31 October, in which Alison Johnstone asked when the SNP Government would take action and accused them of “[siding] with the Conservatives to block the amendment”. Nicola Sturgeon responded that next steps following the consultation would be set out by the end of the year and rejected the member’s assertion, saying the amendment would have imposed “an inappropriate one-size-fits-all policy” to an issue which has varying impacts across the country.

The propensity of empty homes is also an active issue in the Scottish housing market. Most recent figures in 2018 shown 83,435 of 2.62m properties lain empty. Of that figure, 39,110 had been empty for six months, with 24,471 for 12 months or longer, highlighting the long-term nature at a time when the country experiences limited housing supply and councils come under pressure for their provision of temporary accommodation. As part of its ongoing inquiry into the matter, the Local Government & Communities Committee recently published a report on the matter. While describing the Council Tax levy on empty homes as a “useful and necessary tool”, it felt some councils were using it to an extent which was exacerbating the problem. Citing the low take-up of Compulsory Purchase Orders, the Committee also called for the introduction of Compulsory Sales Orders as a complementary power for local authorities to help tackle the problem. The report highlighted the “hugely negative” impact empty homes have on communities, remaining consistent with the sentiment expressed throughout – such as in terms of UTA and in overall housing provision – that lack of access can have broader socio-economic implications which in turn require further public spending to mitigate.