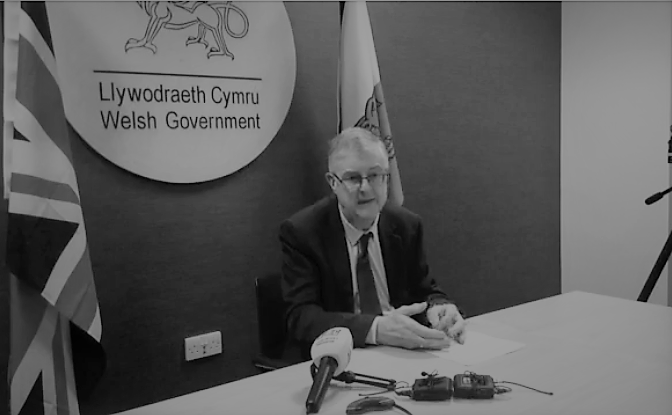 The Assembly returns from the Christmas recess with a new First Minister and Welsh Government cabinet. Here’s what’s coming up in the first week of 2019.

For the first time since 2009, a First Minister who isn’t Carwyn Jones will answer Assembly Members’ questions at FMQs. Mark Drakeford, the former Finance Minister, faces his first grilling in the Siambr since his election as leader of Welsh Labour and subsequent appointment as First Minister. Prof Drakeford, who has already put his stamp on the role by reshuffling his cabinet and introducing monthly press conferences, suggested on Monday that his government would campaign to remain in the EU in a second referendum. He has already come under pressure after the BBC reported that he turned down a face-to-face meeting with Theresa May to attend a Labour event, but in committee on Monday he described this as “nonsense” and claimed it was Mrs May’s diary that had to be amended, not his.

Having hinted at the Welsh Government backing remain in a second referendum, Prof Drakeford also told the Assembly’s External Affairs and Additional Legislation Committee that if Theresa May’s deal is not approved by Parliament, plenary on 22nd January would be rejigged to be dedicated to ministerial statements on the impact of a no-deal Brexit. On Tuesday, he will deliver a statement to AMs, giving the government’s take on the latest Brexit developments as the exit day of 29th March draws ever closer. Prof Drakeford, formerly the Finance Minister who represented the Welsh Government on Brexit, has been clear in his desire to avoid no deal.

A theme of this week’s plenary debates is caring for Wales’ ageing population. On Tuesday, AMs will debate a report by Prof Gerald Holtham, a prominent economist, on paying for social care. Prof Holtham suggested raising income tax by up to 3% to make funding for social care for the elderly more sustainable. His proposals would see older people contributing more via this tax to ensure fairness and were developed during Mark Drakeford’s time as Finance Minister. On Wednesday, AMs will debate the Finance Committee’s report on the cost of caring for an ageing population, which concluded that funding social care needs to be reviewed, citing pressures on social care workers and difficulty recruiting and retaining people in the system.

The Assembly’s committees will return this week, with the Economy, Infrastructure and Skills Committee kicking off its inquiry into autumn rail disruption. Transport for Wales has encountered several problems in its running of the Wales and Borders rail franchise since it took over from Arriva in October, with the Welsh Government bearing the brunt of criticism from opposition AMs. Elsewhere, the Children, Young People and Education Committee will be taking evidence from the Education Minister, Kirsty Williams, on the development of Wales’ new curriculum. The reforms – the biggest change in the Welsh education system for decades – are designed to reflect the challenges of the 21st century.

After December’s reshuffle which followed Prof Drakeford’s appointment as First Minister, a number of new ministers and deputy ministers will be appearing in the Siambr in their roles for the first time. Julie James, the new Housing and Local Government Minister, will respond to a Welsh Tory debate on housing on Wednesday, while the Finance Minister Rebecca Evans, in her role as Trefnydd (previously known as Leader of the House) will deliver her first Business Statement on Tuesday afternoon after FMQs.