Housing: The Latest from Scotland 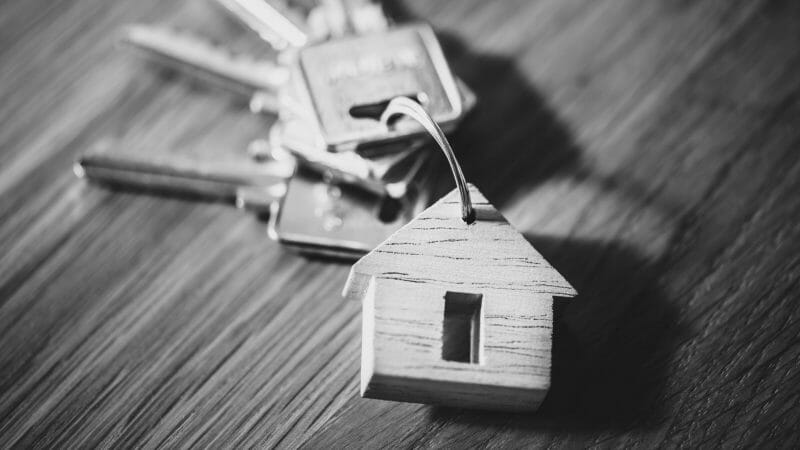 Morton Dunlop has the latest on the housing portfolio, including the recent progress report on homelessness and the new short-term let regulations.

Last week, the Scottish Government published the first annual progress report of the Ending Homelessness Together Action Plan. The report highlighted that 39 out of 49 measures have been progressed in its first year, with plans to commence with the ten which remain this year. Proposals underway include the introduction of new standards for the quality of temporary accommodation stipulating that local authorities would need to provide safe, warm and high quality accommodation while a permanent home was found. This included the creation of a new legal duty on public bodies to prevent homelessness, alongside legislation preventing stays of over seven days in unsuitable temporary accommodation. Kevin Stewart said the report proved that “significant progress” had been made in the transition to a rapid rehousing approach and that in 2020 the Government would work with partners to tackle the causes of homelessness. Jon Sparkes, CEO of Crisis and Chair of the Homelessness & Rough Sleeping Action Group (HARSAG), welcomed the progress and said the first year of the Ending Homeless Together plan illustrated the Government was “clearly following through” on the recommendations delivered by HARSAG. He stressed prevention was an “essential” part of the plan and that the delivery of social homes had to continue.

In December, the Scottish Government published a quarterly update for housing statistics which found that across all sectors to the year ending June 2019 21,403 new build homes had been completed, an increase of 18%. Stakeholders welcomed the figures but continued to call for more clarity on future funding to be provided. Nicola Barclay, Chief Executive of Homes for Scotland, described it as “imperative” that confirmation be given to ensure growth continued. She pointed to a 5% drop in completions between Q1 and Q2 2019 as illustrative of the “fragility” that exists in the market. Gordon MacRae, Assistant Director of Shelter Scotland, agreed that while the target for the delivery of 35,000 new social homes during the parliamentary term remained “generally” on track, a post-2021 “cliff-edge” risked the capacity which had been built up “withering on the vine”. The Conservatives pointed to an out-turn report for the Affordable Housing Supply Programme for 2018-19 released just after, which highlighted that after three years 25,473 affordable homes had been built towards the Government’s target of 50,000 by the end of 2021. Graham Simpson criticised the SNP’s performance in housing and accused the party of “failing to deliver for the people who really need these promises to be kept”. As the deadline draws closer, pressure and scrutiny will increase on the Government’s chances of realising this ambition.

The Quarterly Housing Statistics also highlighted a 2% increase in the number of long-term empty properties and second homes, the third consecutive annual increase. Shaheena Din, National Manager of the Scottish Empty Homes Partnership, said the predominant reason for this was due to bereavement or people being moved into residential care. Members shared this sentiment during a Local Government & Communities Committee debate on Empty Homes in Scotland in acknowledging the issue was complex and lacked a “one size fits all” solution. Local authorities were also reprimanded for what was seen as the misuse of the empty homes levy as a means to raise revenue and were encouraged to employ Compulsory Sales Orders more frequently. Councils were instead urged to recognise the role of Empty Homes Officers, who were unanimously praised in managing and returning empty properties to use. The Government did not escape scrutiny, as their decision to pull back on a commitment to introduce Compulsory Sales Orders also faced criticism. Despite understanding the complexity of the problem, the number of empty homes relative to homelessness numbers at a time in which councils face were under pressure regarding their provision of temporary accommodation remains a source of frustration among MSPs.

In an effort to address the varying impact of short-term lets on parts of Scotland, the Scottish Government recently announced measures to give local authorities the ability to implement a licensing scheme for short-term lets from spring 2021. Councils would be given discretion to go further to respond to local residents’ concerns and would provide the ability to designate control areas guaranteeing that planning permission would always be required for the change of use of properties to short-term lets. Andy Wightman, who has long lobbied for reform, welcomed the move but reiterated his stance that no licenses should be issued unless proper planning consent was in place. In response to the new powers, Stephen McGowan, Partner and Head of Licensing in Scotland at UK law firm TLT, warned the regulations could lead to a “flood” of licence applications. He cited the Government’s research that there were 32,000 properties registered with Airbnb alone, all of which would have to obtain a license to continue operation as a short-term let.

At the end of the 2019, the Scottish Government continued to set out how they intend to achieve emissions reduction targets with the announcement of new regulations to ensure all new homes use renewable or low carbon heating from 2024 and is to be supported by a £30m investment in renewable heat projects. Renewable and low carbon heating systems will also be phased in for non-domestic buildings given consent to build from 2024. A briefing by Citizens Advice Scotland (CAS) sought to highlight the scale of the challenge in increasing the energy efficiency of all homes in Scotland. It found that the cost of bringing the energy performance of homes in Scotland to at least EPC C by 2040 would be £11.1bn, contrary to the Government’s estimation that £8bn would be required. CAS felt a Government contribution to this cost of £256m a year would be necessary to Energy Efficient Scotland, constituting a doubling of their budget, and called on MSPs to demand the uplift in the upcoming Budget Review for 2020-21. Even with such an increase, CAS maintains “significantly” more action will be necessary in increasing the uptake of low carbon heating systems in order to meet the net zero target by 2045, underlining the scale of the challenge faced.

The UK Government’s announcement that a freeze on Local Housing Allowance (LHA) rates, in place since 2016, had been lifted, was largely met with a response that the measures did not go far enough. Rates would now rise by inflation from April, meaning approximately 900,000 people in the private rented sector who receive LHA would receive an average of around £10 extra a month. John Stewart, Policy Manager for the Residential Landlords Association, noted that with an average increase in rents of 5% in many areas over the last four years, an increase in benefit level of 1.5% was insufficient. This was preceded by a Scottish Government-published follow-up report on the impact of UK Government social security policy on housing, including on LHA. Analysis suggested 36 out of 90 LHA rates saw a reduction in the proportion of the market available, with four areas having access to less than 5%, and that the share of the market accessible to under 35s within the LHA rate had decreased in all areas. In reaction to the announcement, a blog by the Joseph Rowntree Foundation also questioned the extent of the move’s impact. While describing the announcement as a “welcome new direction”, Iain Porter referenced research by Crisis and the Chartered Institute of Housing, which like the Scottish Government the majority of the market was unavailable to those supported by LHA, with over 90% of areas in Great Britain out of reach. Iain Porter concluded by calling on the UK Government to use the upcoming Budget as an opportunity to tackle the “big underlying drivers” of the issue by increasing the supply of “truly affordable” housing and to use LHA to bridge the growing gap for the bottom third of local rents between rent and housing support.