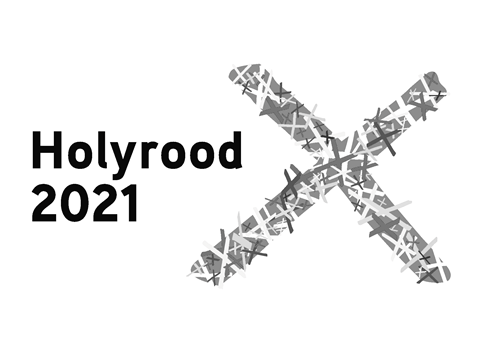 Since 1999 the Scottish electorate has proved itself to be continually a step ahead of where perhaps polling and certainly commentators have initially estimated it was.

I’d contend that the Scottish voter has become a sophisticated character, able – and increasingly likely – to vote different ways in different elections for different policy reasons. Personally, I think that’s a good thing and it has definitely made life, or at least election nights, more interesting.

1999 was perhaps the most conventional of the Holyrood election results we have seen. The voting system worked to deny Labour an outright majority, the SNP came a credible second, the vote started the rehabilitation of Conservative fortunes, and the Liberal Democrats in a distant fourth provided the Presiding Officer and a quarter or so of the Cabinet. One Scottish Greens member, a solitary Scottish Socialist and in Dennis Canavan a properly independent-minded MSP too.

In 2003 we saw the rainbow Parliament elected, arguably the most diverse so far with the advance of the Scottish Greens and the Scottish Socialist Party, and the emergence of the SSCUP (go on then – what was its full title?) It also saw the re-election of Margo Macdonald as an independent list MSP who went on to build an MSP group which secured a place on the Parliament’s corporate body.

2007 was of course the most dramatic and closest of all results with a late night recount securing an SNP majority by a single seat yet well short of what many assumed was a necessary working majority. I always thought the voters that year managed to get the best of both worlds – backing an alternative SNP administration but with no immediate prospect of an independence referendum due to a pro-Union majority.

To digress for a moment, do you remember the 2010 Westminster election result in Scotland? Don’t feel bad if you can’t as its most distinguishing feature was that the results stayed exactly the same as 2005, even as the rest of the nation declared ‘I agree with Nick’, Gordon Brown left Downing Street after 13 years, and we saw the first UK coalition government in decades.

I still reckon that in 2011 a significant number of voters thought they could vote SNP in relative safety as enough other folk would not in order to maintain that status quo. The tactical vote calculator clearly didn’t work that night as the SNP defied the design of the voting system to clinch an overall majority and everything that result brought with it. Of course, it was aided by over-confidence in Labour ranks on the kind of scale not seen since the Scotland squad left Hampden bound for Argentina in 1978.

However, the voters turned again in 2016 to deprive the SNP of a second majority term, despite the party’s near clean sweep of Scotland’s seats in the 2015 general election. That remains the best illustration of the danger of extrapolating polling and performance in one electoral system into another one. As premier pollster Mark Diffley pointed out to me, these two different seat yields came from similar vote share proportions – 50% in GE15 and 47% in Holyrood16.

So we come to 2021 and the obvious question is – what happens now? As few as seven days ago it looked plain sailing for the SNP with forecasts in excess of 70 seats and a 35-strong pro-independence majority. A week is indeed a long time in politics, but it remains to be seen how much of the SNP in-fighting (which has been going on for years) will break out of the Holyrood bubble and influence public opinion. The SNP’s strength has been based party on opponents’ relative weakness.

Have the Conservatives hit a high-water mark in votes and seats? Can a new Labour leader seize back second place after just three months in post? Can the Liberal Democrats rise again to fourth? How many more SNP budgets will the Scottish Greens prop up? Will this year finally see the widespread breakthrough by a new list party? That last one has been forecast more times than rain during Wimbledon fortnight.

It’s still too early in my view to predict (as opposed to forecast) an election result with any detail or certainty. What I can say for sure is that it’s worth watching all the way to the end and I still believe the electorate will end up one step ahead of where the experts think it is.

When asked what his predictions were for the 2021 election, Alastair says “there will be 129 MSPs elected”.

We’ll push him to a prediction nearer the time…

Let us help you stay up to date on the latest candidate news, polling, manifestos and predictions.

We also welcome suggestions and ideas for guest posts and topics.  Drop us an email to edinburgh (at) news.direct