Menu
Home » Blog » The Latest on the Conservative Leadership Contest

The Latest on the Conservative Leadership Contest 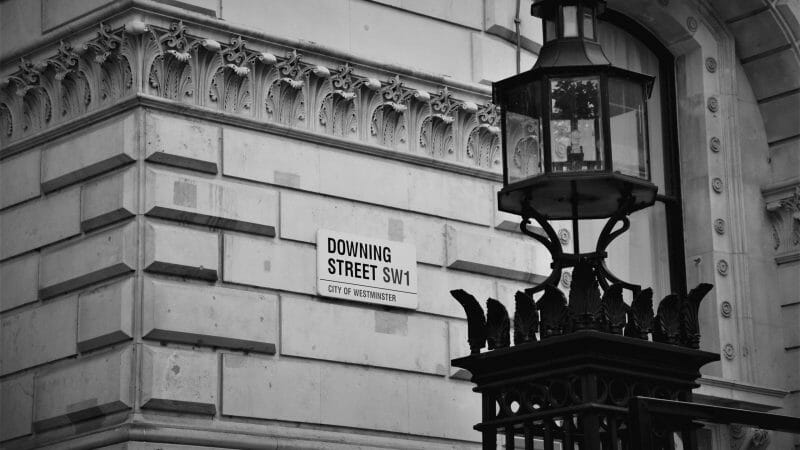 Jonathan Peters has the latest on the Conservative leadership contest.

The race to become Conservative party leader and de-facto Prime Minister is well underway. The week began with 11 candidates and one clear frontrunner in former Foreign Secretary, Boris Johnson.

Yesterday saw the first secret ballot of Tory MPs, which Johnson won comfortably with 114 votes. His nearest rival, current Foreign Secretary Jeremy Hunt, got 43. Candidates needed at least 17 votes to go through to the next round, which ruled out Mark Harper, Andrea Leadsom and Esther McVey. As Sky News Political Correspondent, Lewis Goodall, points out, not only will the next Prime Minister be a man, but he will also be the 20th “Old Etonian” to lead the UK.

Having received just 20 of his colleagues votes in the first round, the youngest candidate, Matt Hancock, announced he was leaving the race this morning. After the only remain supporting candidate, Sam Gyimah, dropped out of the race on Monday, this leaves just six candidates before next week’s ballots. They will be held on Tuesday, Wednesday and Thursday, until two candidates remain, at which point Conservative members will choose the next Prime Minister by postal vote.

Boris Johnson topped the MP’s ballot and seems likely to stay at the front of the race. In terms of policies, it’s unclear whether it makes much difference who is selected to lead the Conservative Party. Only one candidate, Rory Stewart, has ruled out a no-deal Brexit, but with only 19 votes in the first round his continued presence after Tuesday’s ballot is not likely. Among the remaining five, proposals for Brexit span from considering negotiating an extension to the 31 October deadline, to proroguing Parliament (essentially shutting it down) to force through a no-deal.

Apart from Brexit, the leadership hopefuls have been proposing changes to tax and spending, with some being accused of offering “cheap bribes” to the electorate. Boris Johnson began the week by announcing plans to cut income tax for people earning over £50,000. Using money currently set aside for a no-deal Brexit, he suggested raising the income tax threshold from £50,000 to £80,000. John McDonnell criticised the proposals, saying it showed “how out of touch the Tories are”. Critics were also quick to point out that MPs’ salaries are currently £79,468. Coincidence or not, the proposals are likely to go down well with significant portions of Tory party membership. Paul Johnson, from the Institute for Fiscal Studies, told BBC Radio 4’s Today programme that higher rate taxpayers would receive a “quite significant tax cut”, but the biggest beneficiaries would be those who do not pay National Insurance, including wealthy pensioners and people living solely off investments.

As for the other candidates, Dominic Raab is offering voters a cut in the basic rate of income tax and rise in National Insurance threshold; Michael Gove wants to scrap VAT and replace it with a new tax; while Jeremy Hunt proposed cutting corporation tax. Sajid Javid has promised to end austerity trends from the last nine years by slowing debt reduction, freeing up a potential £25bn a year, while Rory Stewart has complained that his fellow candidates aren’t being “straight” with voters.

Shortly before coming in fifth in the first ballot, Sajid Javid got the backing of Scottish Conservative leader Ruth Davidson, who told the BBC the Home Secretary had the “most credible plan” for Brexit. Meanwhile, after voting for Matt Hancock in the first round, David Mundell has been criticised for an apparent U-turn in his position towards Boris Johnson. Having previously said he would never serve under the current frontrunner, he denied ever “ruling out” the possibility yesterday.

Perhaps unexpectedly, previous encounters with illegal substances featured heavily in the run up to the first ballot. Michael Gove led the pack in this respect, having admitted to taking cocaine several times in his youth. Unlike the other candidates, who appear to have gotten away with their revelations, Gove’s leadership challenge was hanging in the balance, after a two-decade old article resurfaced in which the former journalist admonished “London’s liberal consensus” for supporting a relaxation of drug laws. Among his critics are Sayeeda Warsi, former Tory Co-Chair, who said he should end his bid to be Prime Minister after showing “hypocrisy of the highest order”. He appears to have survived this episode, and it seems unlikely his rival candidates will want to focus much on past drug use. Boris Johnson has previously admitted to taking cocaine, then joked about it on a TV comedy show, then denied ever taking it, then said it wasn’t cocaine. He is now, perhaps sensibly, refusing to answer questions about it, despite the best efforts of the Mirror’s infamous chicken. Among the other leadership contenders, most have admitted to smoking cannabis, while Rory Stewart has admitted to smoking opium in Iran.

Channel 4 will host the first leadership debate on Sunday, which Johnson has said he will not attend. He is expected to participate in the BBC’s debate on Tuesday.