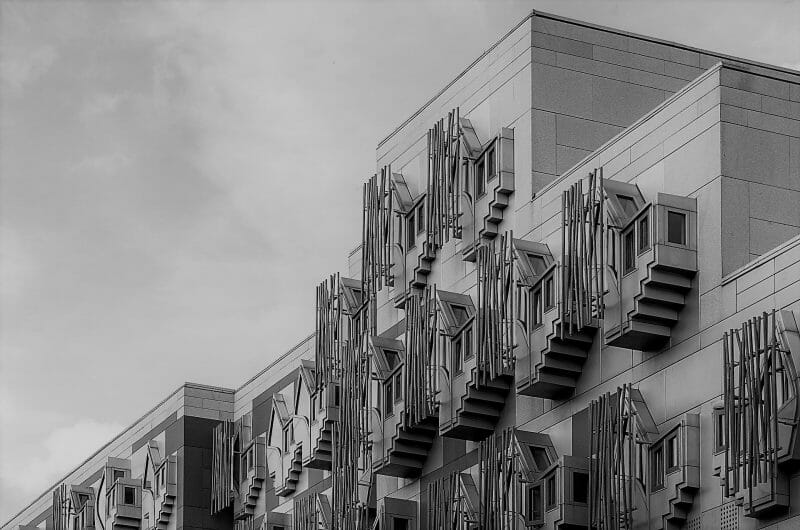 The Scottish Government will announce its Programme for Government 2019-20 later today.  This is the fourth PfG statement of this Scottish Parliament session and the last full legislative year before the 2021 election.

It’s Not Easy Being Green

Today’s PfG will set out 14 new bills and will be the Scottish Government’s first formal opportunity to set out – across all departments – how it intends to shape policy in response to the climate emergency.  Speaking yesterday on BBC Good Morning Scotland, the First Minister pledged an “ambitious programme… with an ambitious package of measures” to show a clear “intent to lead by example” on approaches to reduce Scotland’s carbon footprint.  Indicating that reducing emissions from transport would be a significant focus, she chose Lothian Buses for her pre-statement photocall this morning, inspecting “electric, low emission and accessible vehicles”.  Expect also to hear more about shifts in the way we heat our homes and manage land, including for agriculture.

Implementation of greening policies is not for the impatient.  The PfG in 2017 committed to a number of initiatives that are only-just or not-yet-enacted, including low-emission zones for air pollution, a deposit-return scheme for cans and bottles, the Scottish National Investment Bank, the Just Transition Commission and the phase-out of new petrol and diesel vans and cars by 2032.

But as the last legislative hurrah before full election mode kicks in next year, environmental campaigners have spotted an opportunity to set out a routemap to the 2045 net zero target, offering plans and suggestions for how Scotland needs to adapt.   The most detailed of these was from the Climate Emergency Response Group who set out a 12-point plan. The suggestions were welcomed by CBI Scotland as “useful and practical”.  A full, legal ban on fracking, free bus travel and a deadline for ending gas boiler fitting to new homes are a few of the calls being made by Friends of the Earth Scotland. The Scottish Wildlife Trust has set out suggestions for how natural capital can contribute with ideas about reshaping economic policy and infrastructure planning accordingly.

In terms of public impact, the Scottish Government are committed to the introduction of a Circular Economy Bill to tackle waste and resource use.  A 2016 SNP manifesto commitment, the Bill is now been seen as a vehicle to move to a system of Producer Responsibility, reducing single-use plastics, tackling roadside litter and potentially introducing the so-called ‘latte levy’ on disposable coffee cups.  This will sit alongside Scotland’s new deposit return scheme and other measures to tackle waste and recycling.

With just a few hours before the new PfG is unveiled, the Scottish Government have brought forward two of the remaining legislative items from last year’s announcement.  These are on Scotland’s election franchise and on family law reform.

The Scottish Elections (Reform) Bill proposes a series of reforms to be implemented before the Holyrood election in 2021, including extending the period between parliamentary and local government elections from four to five years, enabling all 14 year olds to register ahead of reaching voting age, prohibiting people from voting in more than one local authority election, and extending the Electoral Management Board’s role in elections for the Scottish Parliament. A Policy Memorandum, Explanatory notes, Financial Memorandum and Statements on Legislative Competence have been published. A SPICe briefing on the Bill has also been published.

The Children (Scotland) Bill will amend the family law system to ensure children’s views are heard by the courts. Proposals within the Bill include the regulation of child contact centres to allow children to have a safe place to meet with family members. Child welfare reporters will also be regulated and will receive training on domestic abuse and coercive control, while domestic abuse victims and their children will be allowed to use special measures. Live video links will also be available in Child Welfare Hearings and defendants will be prohibited from conducting their own cases if there is a vulnerable witness. A copy of the Bill, policy memorandum, explanatory notes, financial memorandum and statements on legislative competence have been published.

Other Bills in progress (including Members’ Bills)

Cancer Research UK and the Scottish Obesity Alliance have called for greater regulation of foods high in fat, sugar and salt as well as a ban on multi-buy deals on junk food.  The Scottish Throughcare and Aftercare Forum have made their own recommendations for care-experienced people. They have recommended free dental care for care leavers and raising the upper age limit on the care-experienced bursary.  Barnardo’s are calling for more resources for community mental health services for children and young people as part of their Mind the Future campaign.

Newsdirect will be listening live and providing comprehensive and immediate updates to clients and subscribers across the afternoon.  Get in touch if you would like to sign-up for alerts.