Mark Drakeford and Adam Price this week announced proposals to expand and reform the Senedd, changes they hope will be in force in time for the 2026 election. The plans would expand the Senedd to 96 members, elected from the 32 constituencies created by the Boundary Commission for Wales in its review next year. These constituencies would be paired, with each of the subsequent 16 paired constituencies electing 6 Senedd Members. The hope is that these boundaries would be reviewed for later Senedd elections. The lists would have statutory gender quotas and mandatory zipping, with the seats themselves allocated using the D’Hondt formula.

This announcement is the latest step in the long journey towards Senedd electoral reform. Before co-chairing the ongoing Independent Commission on the Constitutional Future of Wales, Professor Laura McAllister chaired the Expert Panel on Electoral Reform during the last Senedd. That panel recommended between 80 and 90 Senedd Members elected by Single Transferable Vote based on 20 multi-member constituencies. Welsh Labour kicked those proposals into the long grass until last year’s Senedd elections. The McAllister Review’s recommendations appear to have been considered by Labour and Plaid Cymru as they’ve formulated their own proposals.

Electoral reform is not subject to a referendum. Together, Labour and Plaid Cymru do have the numbers in the Senedd to push through these reforms. As the party that consistently tops the poll in Wales, it may seem odd for Labour to support electoral reform that could conceivably make it harder for them to win future elections. It could be that having been in government for over 20 years, Labour have decided more Senedd members are needed to improve governance and that electoral reform is a price worth paying to get it.

For Plaid Cymru the potential electoral benefits are clear, with the potential to win seats outside their traditional areas of strength particularly attractive to them.

The Conservatives are steadfastly opposed to expanding the Senedd, although they too could be beneficiaries of a bigger Parliament. In north east Wales the Conservatives have often narrowly come second to Labour in several constituencies, although they managed to win many of them in the 2019 general election. The proposed system would give them the opportunity to pick up multiple seats in these areas even when they come second to Labour. They may be calculating that a strong anti-expansion stance will attract the support of the section of the electorate who oppose devolution.

A larger Senedd should be more favourable to smaller parties and create a more politically diverse Welsh Parliament. The Welsh Liberal Democrats have criticised the proposals and specifically the fact the electoral system isn’t STV. However, as fervent supporters of electoral reform, they will likely ultimately welcome it as an improvement on the current system. A larger Senedd would be the best chance for the party to recreate the Senedd Welsh Lib Dem groups it had prior to the 2016 election. The party also doesn’t boast the same constituency strongholds in Mid Wales and Cardiff Central it enjoyed for the early years of devolution, so could benefit from a new system less reliant on winning constituencies.

The Wales Green Party will be celebrating the proposals, which would give them a real chance to elect their first Senedd members. They’ll be looking at the areas where they’ve elected councillors for the first time this year for inspiration. Whether they’d look to recreate their ‘Common Ground’ local election pact with Plaid Cymru in Cardiff constituencies to attempt to boost their shared success remains to be seen.

A larger Senedd is also likely to be good news for whichever party can take up the UKIP/ Brexit Party mantle. If any one party can be successful in getting that vote to coalesce around them. UKIP, Reform and Abolish the Welsh Assembly Party all favour getting rid of the Senedd rather than expanding it. But a larger Senedd would give them an opportunity to recreate the substantial group UKIP elected in 2016, before the group morphed and splintered throughout the Senedd term. All three parties will likely be keen to use their opposition to expanding the Senedd to increase their own support. But can any of the three parties seize the bulk of the electorate that voted for UKIP in 2016 and the Brexit Party in the 2019 European elections? Or show they can be electorally relevant post-Brexit?

Those opposing Senedd expansion are also likely to be critical of the gender quotas and zipping that form part of the proposals. Although these steps will be welcomed by equality organisations. There is scope for the planned changes to create a Senedd that is more diverse in terms of gender, race, sexuality and political party.

Labour are likely to remain the dominant party at Senedd elections. They may however need to rely on more formal coalitions with the likes of Plaid Cymru, the Liberal Democrats and the Green Party. Rather than the variety of looser deals they’ve struck after the last few elections. Although it seems extremely unlikely in the current political climate, an expanded Senedd could eventually open the door for a ‘rainbow coalition’ to succeed where the 2007 attempt failed.

It’s impossible to predict how these changes will pan out but whatever the eventual political ramifications, these Senedd reform proposals could reshape Welsh politics for years to come. That is if they can be agreed and implemented in time for 2026.

Rest assured, Newsdirect will be tuned in to every twist and turn! 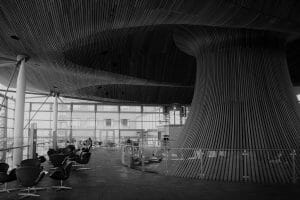