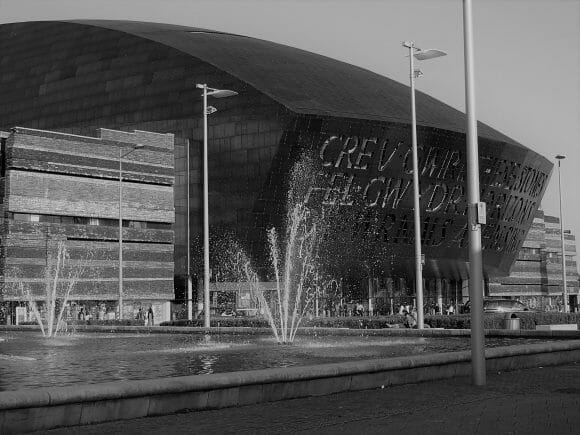 This week saw AMs debate the future of the national broadcasting archive, plans for a contemporary art gallery, a report on non-public funding of the arts and proposals for a sports museum.

Dai Lloyd led a debate on the Culture, Welsh Language and Communications Committee’s report on non-public funding of the arts. He told AMs that Welsh Government funding of the Arts Council has declined by 18% in real terms between 2011-12 and 2017-18. Dr Lloyd explained that the inquiry was established to test the feasibility of the Welsh Government’s calls for a reduction of the sector’s reliance on the public purse. The Plaid Cymru AM for South Wales West said attracting business support is difficult and raising money from individuals is also problematic because of the comparatively low number of high-net worth individuals in Wales. He said the issue is compounded by the challenge of demonstrating the arts as a charitable cause.

Dafydd Elis-Thomas drew attention to the financial challenges facing the arts sector amid pressure on council budgets and reductions in income from the National Lottery. He said the Welsh Government is committed to funding the arts with public money, but it is unlikely that there will be a substantial increase. The Minister for Culture, Tourism and Sport said the Arts Council will continue to extend its resilience programme as well as governance support to key arts organisations. Highlighting the ‘Lights Springs through the Dark’ strategy, he said the Arts Council will soon announce plans to help smaller organisations with fundraising.

During Wednesday’s Topical Questions, Dai Lloyd asked about the national broadcasting archive for Wales after reports cast doubt on the future of the £9m project at the National Library of Wales in Aberystwyth. Dr Lloyd said the Welsh Government rejected a £1m bid for funding, which would have attracted an extra £5m from the Heritage Lottery Fund. Lord Elis-Thomas said the Welsh Government supports the proposals but wants to ensure that any development is built on sustainable foundations and does not impact on the current duties of the library. He said there is no question of losing the archive and lottery funding will not be lost.

On Tuesday, AMs debated a feasibility study on proposals for a national contemporary art gallery. Lord Elis-Thomas agreed with the report’s recommendation that the Welsh Government should not create too much imbalance in current provision. The study proposes a distributed model that builds on existing arts locations, with a permanent central hub. Plaid Cymru leader Adam Price outlined his vision of a Welsh Guggenheim, and David Melding – the Tory AM for South Wales Central – agreed that a prestigious new building is required.

Dafydd Elis-Thomas told AMs that a national football museum was the initial spark for the study, but the brief was soon widened to consider sports heritage of all kinds. Llyr Gruffydd focused on the governance model, saying it should be a part of National Museum Wales. Arguing that there is a vacuum in the north east, the Plaid Cymru AM for North Wales also called for the museum to be based in Wrexham.

Lord Elis-Thomas said he will express the Welsh Government’s view after further consultation with the sector and the final decision on the two projects will be based on consensus.

On Wednesday, the Culture, Welsh Language and Communications Committee continued its inquiry on supporting and promoting the Welsh language on Wednesday. Owen Watkin, chair of the Local Democracy and Boundary Commission for Wales, called for encouragement rather than enforcement, floating the idea of creating an Investors in People-style accreditation system.

Lord Elis-Thomas has trumpeted the role of Creative Wales – a new body being established to drive growth in the creative industries. The Dwyfor Meirionnydd AM has said the body, which will sit within government but have autonomy to make commercial decisions, will follow a similar model to Cadw. Closing Wednesday’s debate on non-public funding, Lord Elis-Thomas said: “We believe that Creative Wales will be an organisation that will be able to develop the economic potential more fully in the creative sector.”

PrevPreviousBrexit: the latest from Scotland
NextFive Things Happening in Scotland This WeekNext